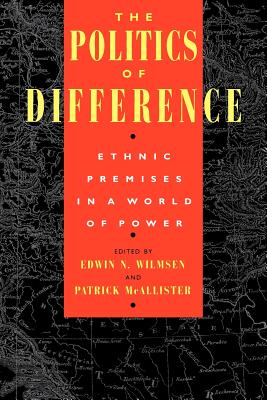 The Politics of Difference

Ethnic Premises in a World of Power

According to most social scientists, the advent of a global media village and the rise of liberal democratic government would diminish ethnic and national identity as a source of political action. Yet the contemporary world is in the midst of an explosion of identity politics and often violent ethnonationalism.

This volume examines cases ranging from the well-publicized ethnonationalism of Bosnia and post-Apartheid South Africa to ethnic conflicts in Belgium and Sri Lanka. Distinguished international scholars including John Comaroff, Stanley J. Tambiah, and Ernesto Laclau argue that continued acceptance of imposed ethnic terms as the most appropriate vehicle for collective self-identification and social action legitimizes the conditions of inequality that give rise to them in the first place.

This ambitious attempt to explain the inadequacies of current approaches to power and ethnicity forges more realistic alternatives to the volatile realities of social difference.