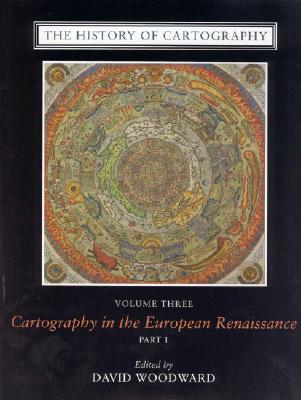 The History of Cartography, Volume 3

Cartography in the European Renaissance, Part 1

When the University of Chicago Press launched the landmark History of Cartography series nearly thirty years ago, founding editors J.B. Harley and David Woodward hoped to create a new basis for map history. They did not, however, anticipate the larger renaissance in map studies that the series would inspire. But as the renown of the series and the comprehensiveness and acuity of the present volume demonstrate, the history of cartography has proven to be unexpectedly fertile ground.
"Cartography in the European Renaissance" treats the period from 1450 to 1650, long considered the most important in the history of European mapping. This period witnessed a flowering in the production of maps comparable to that in the fields of literature and fine arts. Scientific advances, appropriations of classical mapping techniques, burgeoning trade routes all such massive changes drove an explosion in the making and using of maps. While this volume presents detailed histories of mapping in such well-documented regions as Italy and Spain, it also breaks significant new ground by treating Renaissance Europe in its most expansive geographical sense, giving careful attention to often-neglected regions like Scandinavia, East-Central Europe, and Russia, and by providing innovative interpretive essays on the technological, scientific, cultural, and social aspects of cartography.
Lavishly illustrated with more than a thousand maps, many in color, the two volumes of "Cartography in the European Renaissance" will be the unsurpassable standard in its field, both defining it and propelling it forward.

David Woodward (1942 2004) was the Arthur H. Robinson Professor of Geography Emeritus at the University of Wisconsin Madison, where he taught for more than twenty years. Along with the late J. B. Harley, he was founding editor of the History of Cartography Project. In 2002, the Royal Geographical Society honored him with the Murchison Award for his lifelong contribution to the study of the history of cartography."
Loading...
or
Not Currently Available for Direct Purchase