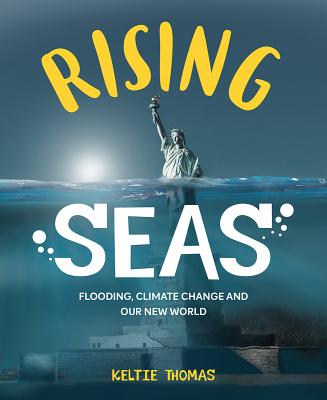 "This is an important book but we don't have time for its young readers to replace those in power. So read this book and then give grown-ups hell and demand something be done. It's your future that's at stake." -- David Suzuki

Rising Seas: Flooding, Climate Change and Our New World gives youth an eye-popping view of what the Earth might look like under the rising and falling water levels of climate change. Photographs juxtapose the present-day with that same area's projected future. The shocking images will help them understand the urgency for action. Key issues in today's news will be better understood, such as the 2015 Paris Protocol in which the world agreed to limit temperature increases to 2 degrees Celsius (ideally 1.5 degree).

Keltie Thomas is the author of Do Fish Fart? and How Hockey Works, as well as many other highly acclaimed children's books nominated for several awards. Most recently, Do Fish Fart? won the Award of Merit from the Lake Simcoe Region Conservation Authority. Belle Wuthrich is an illustrator designer living in Vancouver, Canada. Her work is featured in numerous books for younger readers. Kath Boake W. is an illustrator and fine artist whose work appeared in Owl magazine for 20 years. Her digital adaptations of our changing world appear in Rising Seas.
Loading...
or
Not Currently Available for Direct Purchase