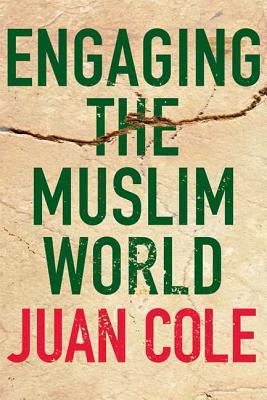 Western society is suffering from Islam Anxiety the product of fear-mongering and misinformation. There is a desperate need to debunk the myths concerning Islam in order to improve the political and ideological understanding between Muslim countries and their Western counterparts. Juan Cole, already celebrated for his rejection of stereotypes and his insistence on taking all perspectives into account, carefully sorts through and addresses all the major issues in Western - Muslim relations, including: terrorism, gas and petroleum dependence on the volatile Oil Gulf, the uncertainties of the Iraq War, and the little-understood regimes in Iran and Saudi Arabia.

With clear-eyed determination, Cole separates spin from fact, providing substantive recommendations for the next administration on how to engage with key countries such as Iraq, Pakistan, Afghanistan, and Iran. Finally, Cole reveals how we can repair the damage of the disastrous foreign policy of the last eight years and forge ahead on a path of peace and prosperity.


Praise For Engaging the Muslim World…

"A grand new book to introduce lay American readers to the current tumult in the Middle East and South Asia. This is not just one long blog post." "Cole quite correctly maintains that the distrust between what he calls the North Atlantic societies and the Muslim world have expanded exponentially in this century and it's time to stop all that. Dealing with the more irrational aspects of America's anxiety over the Muslim world and the Islam anxiety over the West is the way to start. His book was completed just before the Obama administration had a chance to get going. But judging from some of Cole's comments, he would probably believe the new president is heading in the right direction." —Star Ledger "Cole has delivered an important book that members of the administration would be wise to read en route to the Middle East."--The American Prospect  "[A] balanced and effective antidote to oversimplified Western views of Islam. . . . manages to prick western misconceptions without taking extremist movements entirely at their own estimation." --The Economist "[Cole] brings a constructive addition to public discourse." --Publishers Weekly "Intelligent, clear and erudite. This is a timely and incisive retrospective of the Bush administration's calamitous encounter with the Muslim World by one of the most noted scholars of the subject. Cole looks deep into what went wrong to show the way forward to a new engagement of the Muslim World."--Vali Nasr, bestselling author of The Shia Revival: How Conflicts Within Islam Will Shape the Future

"Juan Cole, distinguished specialist on the Muslim world, delivers his most comprehensive and erudite commentary to date -- covering imperialism, the Arab-Israeli conflict, American oil politics, radical Islam and Middle Eastern terrorism. Engaging the Muslim World is the book every educated American should read."--Chalmers Johnson, bestselling author of Nemesis and The Blowback Trilogy

"Engaging the Muslim World is a MUST read, the right book at the right time for anyone who wants to understand 'What went wrong, why, and where do we go from here.' Juan Cole is uniquely qualified to provide a critical, incisive, provocative analysis and commentary that will be welcomed by experts, policymakers and concerned citizens."--John L. Esposito, Professor of religion & International Affairs, Georgetown University and bestselling author of Who Speaks for Islam? and What Everyone Needs to Know About Islam

"Cole provides a comprehensive alternative analysis of the current situation in the Muslim world and reveals how new U.S. policies might succeed in bringing peace where wars now rage. He proves the key role of oil interests in American foreign policy and demonstrates how incorrect or exaggerated ideas now prevalent in the U.S. are about the intrinsic militancy of Islam, and the aggressiveness of Iran. Everyone should read and ponder the facts he presents and the solutions he proposes."--Nikki Keddie, Professor Emerita of History, UCLA and author of Modern Iran and Women in the Middle East

"Juan Cole's depth and breath of knowledge on the Middle East has made him the most prescient analyst of the region's politics. It might infuriate the neocons who are proven wrong again and again, but Cole's insight is invaluable to anyone interested in the truth."-- Markos Moulitsas, DailyKos

"A leading American expert on the Islamic world, seeks to dispel many of the persistent myths about Islam and the Middle East. Cole convincingly demonstrates why one should not confuse Muslim activism with hidebound fundamentalism. The chapter dealing with Iran is particularly informative and evenhanded, and the analysis of myriad issues in U.S.-Iran relations is a welcome antidote to the barrage of alarmist commentaries on Iran in much of the U.S. press. This readable and intelligent book is a must read for policymakers and the informed public.--Library Journal, starred review “Juan Cole’s ‘Engaging the Muslim World’ maps those fault lines, and one can only wish Bush had mulled over such material before the misadventures of the post-9/11 era began.  Like Lawrence Wright’s remarkable ‘Looming Tower’, published almost three years ago, this field guide to the politics of modern Islam traces the history of the different movements, whose violent offshoots are still morphing into new forms.” --New York Times Book Review

“A provocative read… Cole convinc­ingly argues that misunderstanding and generalizing Islam and the Middle East has contributed to great losses of both blood and treasure in recent years.”--Military Review

Juan Cole, internationally respected historian and celebrated blogger at Informed Comment, is the Richard P. Mitchell Professor of History at the University of Michigan. He has written numerous books, including Sacred Space and Holy War and Napoleon's Egypt. He lives in Ann Arbor, Michigan.
Loading...
or
Not Currently Available for Direct Purchase