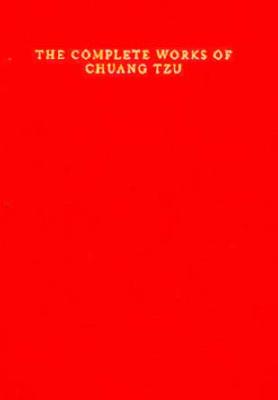 The Complete Works of Chuang Tzu (Translations from the Asian Classics)

This is one of the most justly celebrated texts of the Chinese tradition - impressive for both its bold philosophical imagination and its striking literary style. Accepting the challenge of translating this captivating classic in its entirety, Burton Watson has expertly rendered into English both the profound thought and the literary brilliance of the text.

Burton Watson is one of the world's best-known translators from the Chinese and Japanese. His translations include The Lotus Sutra, The Vimalakirti Sutra, Ryokan: Zen Monk-Poet of Japan, Saigyo: Poems of a Mountain Home, and The Columbia Book of Chinese Poetry: From Early Times to the Thirteenth Century, all published by Columbia. Wm. Theodore de Bary (1919-2017) was John Mitchell Mason Professor Emeritus and provost emeritus of Columbia University. His many books include Waiting for the Dawn, Message of the Mind, and Learning for One's Self, as well as Sources of Japanese Tradition and Sources of Korean Tradition, all published by Columbia University Press.
Loading...
or support indie stores by buying on