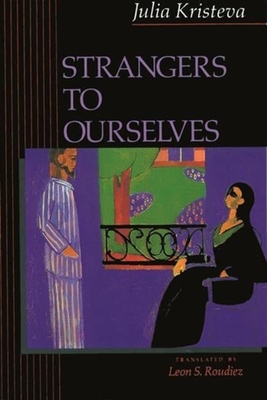 This book is concerned with the notion of the "stranger" -the foreigner, outsider, or alien in a country and society not their own- as well as the notion of strangeness within the self -a person's deep sense of being, as distinct from outside appearance and their conscious idea of self. Kristeva begins with the personal and moves outward by examining world literature and philosophy. She discusses the foreigner in Greek tragedy, in the Bible, and in the literature of the Middle Ages, Renaissance, Enlightenment, and the twentieth century. She discusses the legal status of foreigners throughout history, gaining perspective on our own civilization. Her insights into the problems of nationality, particularly in France are more timely and relevant in an increasingly integrated and fractious world.

Julia Kristeva is a leading French intellectual, practicing psychoanalyst, and Professor of Linguistics at the Universite de Paris VII. Columbia University Press has published other books by Kristeva in English: In the Beginning Was Love, Tales of Love, Revolution in Poetic Language, Powers of Horror, Desire in Language, Black Sun, Language: The Unknown, and The Kristeva Reader.
Loading...
or support indie stores by buying on