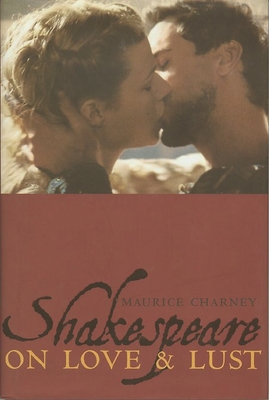 The complex and sometimes contradictory expressions of love in Shakespeare's works--ranging from the serious to the absurd and back again--arise primarily from his dramatic and theatrical flair rather than from a unified philosophy of love. Untangling his witty, bawdy (and ambiguous) treatment of love, sex, and desire requires a sharp eye and a steady hand. In Shakespeare on Love and Lust, noted scholar Maurice Charney delves deeply into Shakespeare's rhetorical and thematic development of this largest of subjects to reveal what makes his plays and poems resonate with contemporary audiences. The paradigmatic star-crossed lovers of Romeo and Juliet, the comic confusions of couples wandering through the wood in A Midsummer Night's Dream, Othello's tragic jealousy, the homoerotic ways Shakespeare played with cross-dressing on the Elizabethan stage--Charney explores the world in which Shakespeare lived, and how it is reflected and transformed in the one he created. While focusing primarily on desire between young lovers, Charney also explores themes of love in marriage (Brutus and Portia) and in same-sex pairings (Antonio and Sebastian). Against the conventions of Renaissance literature, Shakespeare qualified the Platonic view that true love transcends the physical. Instead, as Charney demonstrates, love in Shakespeare's work is almost always sexual as well as spiritual, and the full range of desire's dramatic possibilities is displayed. Shakespeare on Love and Lust begins by considering the ways in which Shakespeare drew upon and satirized the conventions of Petrarchan Renaissance love poetry in plays like Romeo and Juliet, then explores how courtship is woven into the basic plot formula of the comedies. Next, Charney examines love in the tragedies and the enemies of love (Iago, for example). Later chapters cover the gender complications in such plays as Macbeth and The Taming of the Shrew as well as the homoerotic themes woven into many of the poems and plays. Charney concludes with a lively discussion of paradoxes and ambivalences about love expressed by Shakespeare's word play and sexual innuendoes.

Maurice Charney is Distinguished Professor of English at Rutgers University and the past president of the Shakespeare Association of America. He is the author or editor of twenty books, including How to Read Shakespeare, Style in Hamlet, Shakespeare's Roman Plays, Sexual Fiction, and All of Shakespeare (Columbia) and is a recipient of the Medal of the City of Tours.
Loading...
or support indie stores by buying on