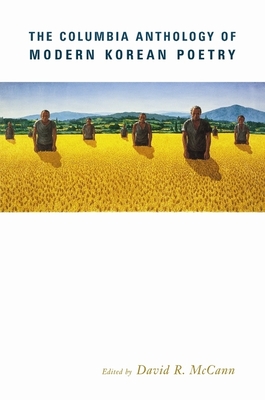 Korea's modern poetry is filled with many different voices and styles, subjects and views, moves and countermoves, yet it still remains relatively unknown outside of Korea itself. This is in part because the Korean language, a rich medium for poetry, has been ranked among the most difficult for English speakers to learn. The Columbia Anthology of Modern Korean Poetry is the only up-to-date representative gathering of Korean poetry from the twentieth century in English, far more generous in its selection and material than previous anthologies. It presents 228 poems by 34 modern Korean poets, including renowned poets such as So Chongju and Kim Chiha.

David McCann is Korea Foundation Professor of Korean Literature at Harvard University. His many books include Early Korean Literature: Selections and Introductions; War and Democracy: A Comparative Study of the Korean War and the Peloponnesian War; and translations of poetry by So Chongju, Kim Chiha, and other poets. He lives in Watertown, Masachusetts.
Loading...
or
Not Currently Available for Direct Purchase