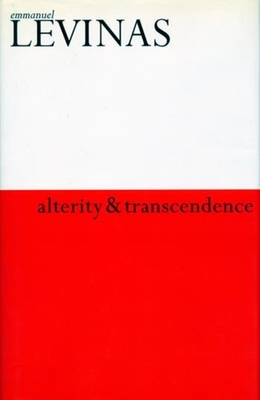 This first English translation of a series of twelve essays offers a unique glimpse of Levinas defining his own place in the history of philosophy. In today's world, where religious conceptions of exalted higher powers are constantly called into question by theoretical investigation and by the powerful influence of science and technology on our understanding of the universe, has the notion of transcendence been stripped of its significance? In Levinas's incisive model, transcendence is indeed alive -- not in any notion of our relationship to a mysterious, sacred realm but in the idea of our worldly, subjective relationships to others.

Emmanuel Levinas (1906-1995), a pioneer of the phenomenological method, exerted profound influence on prominent postmodern thinkers including Derrida, Lyotard, Finkielkraut, Irigaray, and Blanchot. Among his seminal works that have been translated into English are Entre Nous (Columbia, 1998), Ethics and Infinity, Totality and Infinity, Time and the Other, and Existence and Existents.Michael B. Smith is professor of French and philosophy at Berry College in Georgia. He has translated several of Levinas's works, including Outside the Subject, In the Time of Nations, and Proper Names, and, with Barbara Harshav, Entre Nous (Columbia, 1998).
Loading...
or support indie stores by buying on