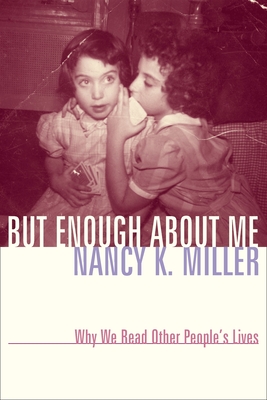 But Enough about Me

Why We Read Other People's Lives (Gender and Culture)

In her latest work of personal criticism, Nancy K. Miller tells the story of how a girl who grew up in the 1950s and got lost in the 1960s became a feminist critic in the 1970s. As in her previous books, Miller interweaves pieces of her autobiography with the memoirs of contemporaries in order to explore the unexpected ways that the stories of other people's lives give meaning to our own. The evolution she chronicles was lived by a generation of literary girls who came of age in the midst of profound social change and, buoyed by the energy of second-wave feminism, became writers, academics, and activists. Miller's recollections form one woman's installment in a collective memoir that is still unfolding, an intimate page of a group portrait in process.

Nancy K. Miller is distinguished professor of English and comparative literature at the Graduate Center of the City University of New York. She is the author of Bequest and Betrayal, Getting Personal, and other books.
Loading...
or support indie stores by buying on