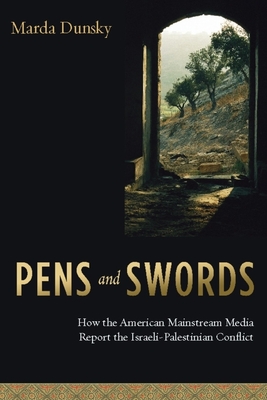 How the American Mainstream Media Report the Israeli-Palestinian Conflict

As world attention is renewed and refocused on the Israeli-Palestinian conflict at the sixtieth anniversary of its seminal year of 1948, Marda Dunsky takes a close look at how more than two dozen major American print and broadcast outlets have reported the conflict in recent years. Beginning with the failed Camp David summit of July 2000 through the waning of the second Palestinian uprising in the summer of 2004, she finds that the media omit two key contextual elements: the significant impact that U.S. policy has had and continues to have on the trajectory of the conflict, and the way international law and consensus have addressed the key issues of Israeli settlement and annexation policies and Palestinian refugees. Dunsky explores how reports of the conflict routinely take on the contours of American policy and rarely challenge the premises of this "Washington consensus." She also examines the media's responses to allegations of biased coverage and gauges the effect that mainstream news reporting has on public opinion and U.S. foreign policy.

Marda Dunsky is a former Arab affairs reporter for the Jerusalem Post and editor on the national/foreign desk of the Chicago Tribune. She is on the faculty of the Medill School of Journalism at Northwestern University. Dunsky's work on U.S. media coverage of the Middle East has been published in the Journal of Islamic Law and Culture, Arab Studies Quarterly, and Nieman Reports. Her op-ed pieces on the Middle East have appeared in the Chicago Tribune and other newspapers.
Loading...
or support indie stores by buying on