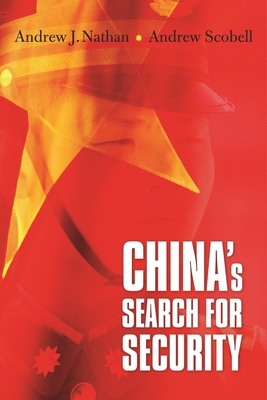 Despite its impressive size and population, economic vitality, and drive to upgrade its military, China remains a vulnerable nation surrounded by powerful rivals and potential foes. Understanding China's foreign policy means fully appreciating these geostrategic challenges, which persist even as the country gains increasing influence over its neighbors. Andrew J. Nathan and Andrew Scobell analyze China's security concerns on four fronts: at home, with its immediate neighbors, in surrounding regional systems, and in the world beyond Asia. By illuminating the issues driving Chinese policy, they offer a new perspective on the country's rise and a strategy for balancing Chinese and American interests in Asia. Though rooted in the present, Nathan and Scobell's study makes ample use of the past, reaching back into history to illuminate the people and institutions shaping Chinese strategy today. They also examine Chinese views of the United States; explain why China is so concerned about Japan; and uncover China's interests in such problematic countries as North Korea, Iran, and the Sudan. The authors probe recent troubles in Tibet and Xinjiang and explore their links to forces beyond China's borders. They consider the tactics deployed by mainland China and Taiwan, as Taiwan seeks to maintain autonomy in the face of Chinese advances toward unification. They evaluate the strengths and weaknesses of China's three main power resources--economic power, military power, and soft power. The authors conclude with recommendations for the United States as it seeks to manage China's rise. Chinese policymakers understand that their nation's prosperity, stability, and security depend on cooperation with the United States. If handled wisely, the authors believe, relations between the two countries can produce mutually beneficial outcomes for both Asia and the world.

Andrew J. Nathan is Class of 1919 Professor of Political Science at Columbia University. His books include Chinese Democracy; The Great Wall and the Empty Fortress; The Tiananmen Papers; China's New Rulers: The Secret Files; and How East Asians View Democracy. Andrew Scobell is senior political scientist at the RAND Corporation. He is the author of China's Use of Military Force: Beyond the Great Wall and the Long March and the editor of more than a dozen books on the Chinese military and Asian security.
or
Buy Here
Copyright © 2020 American Booksellers Association