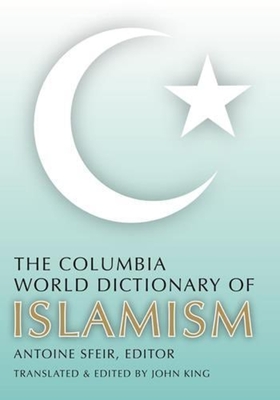 The Columbia World Dictionary of Islamism

Antoine Sfeir's Columbia World Dictionary of Islamism is a major resource. Translated for the first time from the original French, this volume features more than two thousand entries on the history of Islamism and Islamic countries. It provides a balanced account of events and organizations, as well as philosophers, activists, militants, and other prominent figures, and offers a window into a movement that has irrevocably changed both Muslim and Western societies. The dictionary includes entries on the roots of Islamism and jihad in Africa, Afghanistan, Chechnya, Egypt, India, Iran, Iraq, Morocco, the Balkans, and the United States, among many other countries and locations. It profiles such key individuals as Louis Farrakhan; Tariq Ramadan; Abu Hamza Al-Masri; Algeria's Hassan Hattab, the founder of the Muslim Brotherhood; Egypt's Hassan Al-Banna; and the leader of the Afghan Jombesh-i Melli Islami movement, Abdul Rashid Dostum; historical events such as the bombing of the U.S.S. Cole and Syria's Hama massacre; organizations and religious movements such as the Taliban, Hezbollah, Hamas, Morocco's Justice and Development Party, and Iran's Association for the Defense of the Values of the Islamic Revolution; and groups including Tablighi Jamaat (the Society of the Message), the World Association for Muslim Youth, and Lebanon's Al-Ahbash. A unique aspect of this dictionary is its examination of this antimodern incarnation of Islam and its efforts to claim (or reclaim) Muslim society, families, and professional environments. The volume considers such questions as whether activist Islam is "terrorist" and if it can coexist with Western societies; whether terrorism can be justified by the Quran; and what are the components of an international Islam. Antoine Sfeir, internationally renowned for his scholarship and expertise on this subject, remains sensitive to the differences between Islam and Islamism and approaches the ideology from geopolitical, sociological, and historical standpoints.

Antoine Sfeir is the editor in chief of Les Cahiers de l'Orient, a review of studies and reflections on the Arab and Islamic world. He is the president of CERPO, the Center for Studies and Research on the Middle East, and the author of several books, including The Networks of Allah: The Islamic Channels in France and in Europe.
Loading...
or support indie stores by buying on