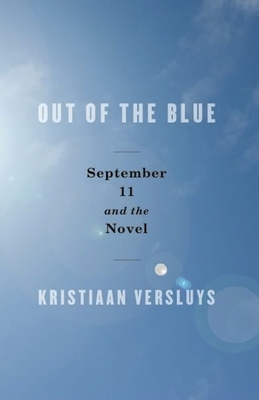 Out of the Blue (Paperback)

September 11 and the Novel

Writers have represented 9/11 and its aftermath with varying degrees of success. In Out of the Blue, Kristiaan Versluys focuses on novels that move beyond patriotic clich's and cheap sensationalism and provide new insights into the emotional and ethical impact of these traumatic events--and what it means to depict them. Versluys focuses on Don DeLillo's Falling Man, Art Spiegelman's In the Shadow of No Towers, Jonathan Safran Foer's Extremely Loud and Incredibly Close, Fr d ric Beigbeder's Windows on the World, and John Updike's Terrorist. He scrutinizes how these writers affirm the humanity of the disoriented individual, as opposed to the cocksure killer or politician, and retranslate hesitation, stuttering, or stammering into a precarious act of defiance. Versluys also discusses works by Ian McEwan, Anita Shreve, Martin Amis, and Michael Cunningham, arguing for the novel's distinct power in rendering the devastation of 9/11.

Kristiaan Versluys is a professor of American literature and culture at Ghent University, Belgium, and a regular visiting professor at Columbia University. He is the author of The Poet in the City: Chapters in the Development of Urban Poetry in Europe and the United States and the editor of Neo-Realism in Contemporary American Fiction.
or support indie stores by buying on
Copyright © 2020 American Booksellers Association