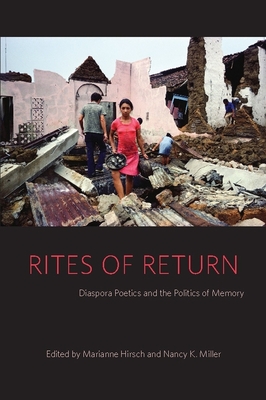 Diaspora Poetics and the Politics of Memory (Gender and Culture)

Marianne Hirsch is William Peterfield Trent Professor of English and Comparative Literature and Gender Studies at Columbia University. Her most recent books are Ghosts of Home: The Afterlife of Czernowitz in Jewish Memory, written with Leo Spitzer, and The Generation of Postmemory: Writing and Visual Culture After the Holocaust. Nancy K. Miller is Distinguished Professor of English and Comparative Literature at the Graduate Center, City University of New York. Her most recent books are But Enough About Me: Why We Read Other People's Lives and the family memoir, What They Saved: Pieces of a Jewish Past.
Loading...
or support indie stores by buying on