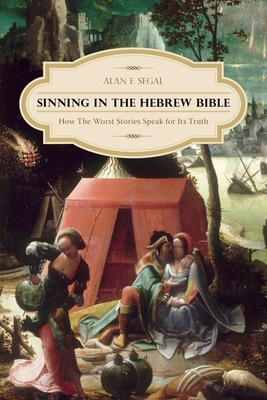 Sinning in the Hebrew Bible

How the Worst Stories Speak for Its Truth

Stories of rape, murder, adultery, and conquest raise crucial issues in the Hebrew Bible, and their interpretation helps societies form their religious and moral beliefs. From the sacrifice of Isaac to the adultery of David, narratives of sin engender vivid analysis and debate, powering the myths that form the basis of the religious covenant, or the relationship between a people and their God. Rereading these stories in their different forms and varying contexts, Alan F. Segal demonstrates the significance of sinning throughout history and today. Drawing on literary and historical theory, as well as research in the social sciences, he explores the motivation for creating sin stories, their prevalence in the Hebrew Bible, and their possible meaning to Israelite readers and listeners. After introducing the basics of his approach and outlining several hermeneutical concepts, Segal conducts seven linked studies of specific narratives, using character and text to clarify problematic terms such as "myth," "typology," and "orality." Following the reappearance and reinterpretation of these narratives in later compositions, he proves their lasting power in the mythology of Israel and the encapsulation of universal, perennially relevant themes. Segal ultimately positions the Hebrew Bible as a foundational moral text and a history book, offering uncommon insights into the dating of biblical events and the intentions of biblical authors.

Alan F. Segal (1945-2011) was professor of religion and Ingeborg Rennert Professor of Jewish Studies at Barnard College, Columbia University. He taught two of the college's most popular courses: "Life After Death" and "Introduction to the Hebrew Bible." He was the author of a number of books, including Life After Death: A History of the Afterlife in Western Religion, Paul the Convert: The Apostolate and Apostasy of Saul of Pharisee, and Rebecca's Children: Judaism and Christianity in the Roman World.
Loading...
or support indie stores by buying on