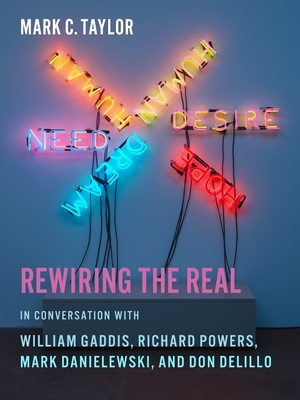 Digital and electronic technologies that act as extensions of our bodies and minds are changing how we live, think, act, and write. Some welcome these developments as bringing humans closer to unified consciousness and eternal life. Others worry that invasive globalized technologies threaten to destroy the self and the world. Whether feared or desired, these innovations provoke emotions that have long fueled the religious imagination, suggesting the presence of a latent spirituality in an era mistakenly deemed secular and posthuman. William Gaddis, Richard Powers, Mark Danielewski, and Don DeLillo are American authors who explore this phenomenon thoroughly in their work. Engaging the works of each in conversation, Mark C. Taylor discusses their sophisticated representations of new media, communications, information, and virtual technologies and their transformative effects on the self and society. He focuses on Gaddis's The Recognitions, Powers's Plowing the Dark, Danielewski's House of Leaves, and DeLillo's Underworld, following the interplay of technology and religion in their narratives and their imagining of the transition from human to posthuman states. Their challenging ideas and inventive styles reveal the fascinating ways religious interests affect emerging technologies and how, in turn, these technologies guide spiritual aspirations. To read these novels from this perspective is to see them and the world anew.

Mark C. Taylor is professor of religion and chair of the Department of Religion at Columbia University. His most recent books are Recovering Place: Reflections on Stone Hill; Refiguring the Spiritual: Beuys, Barney, Turrell, Goldsworthy; Field Notes from Elsewhere: Reflections on Dying and Living; After God; Mystic Bones; and Confidence Games: Money and Markets in a World Without Redemption.
or
Not Currently Available for Direct Purchase
Copyright © 2020 American Booksellers Association