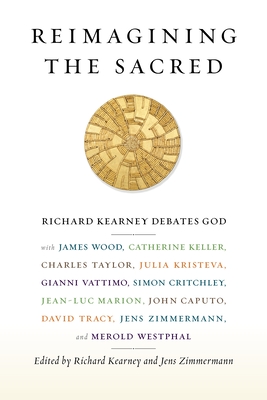 Contemporary conversations about religion and culture are framed by two reductive definitions of secularity. In one, multiple faiths and nonfaiths coexist free from a dominant belief in God. In the other, we deny the sacred altogether and exclude religion from rational thought and behavior. But is there a third way for those who wish to rediscover the sacred in a skeptical society? What kind of faith, if any, can be proclaimed after the ravages of the Holocaust and the many religion-based terrors since? Richard Kearney explores these questions with a host of philosophers known for their inclusive, forward-thinking work on the intersection of secularism, politics, and religion. An interreligious dialogue that refuses to paper over religious difference, these conversations locate the sacred within secular society and affirm a positive role for religion in human reflection and action. Drawing on his own philosophical formulations, literary analysis, and personal interreligious experiences, Kearney develops through these engagements a basic gesture of hospitality for approaching the question of God. His work facilitates a fresh encounter with our best-known voices in continental philosophy and their views on issues of importance to all spiritually minded individuals and skeptics: how to reconcile God's goodness with human evil, how to believe in both God and natural science, how to talk about God without indulging in fundamentalist rhetoric, and how to balance God's sovereignty with God's love.

Richard Kearney holds the Charles H. Seelig Chair of Philosophy at Boston College. He is the author of more than twenty books, including Strangers, Gods, and Monsters, The God Who May Be, and Anatheism: Returning to God After God. Jens Zimmermann holds the Canada Research Chair for Interpretation, Religion, and Culture at Trinity Western University. He has published widely on philosophy, theology, and literary theory. He is the author of Humanism and Religion: A Call for the Renewal of Western Culture and Hermeneutics: A Very Short Introduction.
or support indie stores by buying on
Copyright © 2020 American Booksellers Association