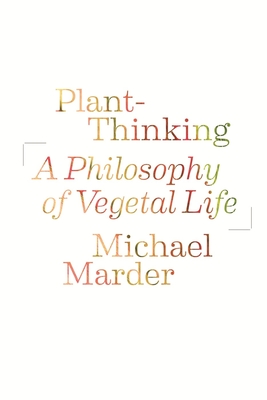 A Philosophy of Vegetal Life

The margins of philosophy are populated by non-human, non-animal living beings, including plants. While contemporary philosophers tend to refrain from raising ontological and ethical concerns with vegetal life, Michael Marder puts this life at the forefront of the current deconstruction of metaphysics. He identifies the existential features of plant behavior and the vegetal heritage of human thought so as to affirm the potential of vegetation to resist the logic of totalization and to exceed the narrow confines of instrumentality. Reconstructing the life of plants "after metaphysics," Marder focuses on their unique temporality, freedom, and material knowledge or wisdom. In his formulation, "plant-thinking" is the non-cognitive, non-ideational, and non-imagistic mode of thinking proper to plants, as much as the process of bringing human thought itself back to its roots and rendering it plantlike.

Michael Marder (PhD, Philosophy, the New School) is IKERBASQUE Research Professor of Philosophy at the University of the Basque Country. He is the author of, among other books, Groundless Existence: The Political Ontology of Carl Schmitt (Continuum, 2012), The Event of the Thing: Derrida's Post-Deconstructive Realism (Toronto, 2013), Plant-Thinking: A Philosophy of Vegetal Life (Columbia, 2013), The Philosopher's Plant: An Intellectual Herbarium (Columbia, 2014), Energy Dreams (Columbia, 2017), and, with Luce Irigaray, Through Vegetal Being: Two Philosophical Perspectives (Columbia, 2016).
or support indie stores by buying on