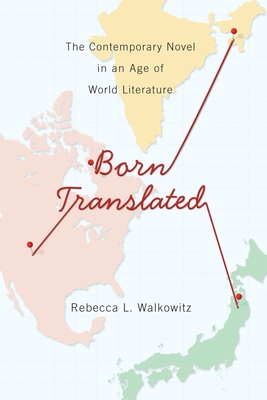 As a growing number of contemporary novelists write for publication in multiple languages, the genre's form and aims are shifting. Born-translated novels include passages that appear to be written in different tongues, narrators who speak to foreign audiences, and other visual and formal techniques that treat translation as a medium rather than as an afterthought. These strategies challenge the global dominance of English, complicate "native" readership, and protect creative works against misinterpretation as they circulate. They have also given rise to a new form of writing that confounds traditional models of literary history and political community. Born Translated builds a much-needed framework for understanding translation's effect on fictional works, as well as digital art, avant-garde magazines, literary anthologies, and visual media. Artists and novelists discussed include J. M. Coetzee, Junot D az, Jonathan Safran Foer, Mohsin Hamid, Kazuo Ishiguro, Jamaica Kincaid, Ben Lerner, China Mi ville, David Mitchell, Walter Mosley, Caryl Phillips, Adam Thirlwell, Amy Waldman, and Young-hae Chang Heavy Industries. The book understands that contemporary literature begins at once in many places, engaging in a new type of social embeddedness and political solidarity. It recasts literary history as a series of convergences and departures and, by elevating the status of "born-translated" works, redefines common conceptions of author, reader, and nation.