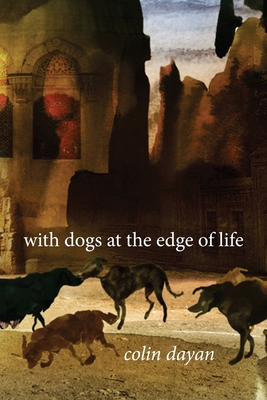 With Dogs at the Edge of Life

In this original and provocative book, Colin Dayan tackles head-on the inexhaustible world, at once tender and fierce, of dogs and humans. We follow the tracks of dogs in the bayous of Louisiana, the streets of Istanbul, and the humane societies of the United States, and in the memories and myths of the humans who love them. Dayan reorients our ethical and political assumptions through a trans-species engagement that risks as much as it promises. She makes a powerful case for questioning what we think of as our deepest-held beliefs and, with dogs in the lead, unsettles the dubious promises of liberal humanism. Moving seamlessly between memoir, case law, and film, Dayan takes politics and animal studies in a new direction--one that gives us glimpses of how we can think beyond ourselves and with other beings. Her unconventional perspective raises hard questions and renews what it means for any animal or human to live in the twenty-first century. Nothing less than a challenge for us to confront violence and suffering even in the privileged precincts of modernity, this searing and lyrical book calls for another way to think the world. Theoretically sophisticated yet aimed at a broad readership, With Dogs at the Edge of Life illuminates how dogs--and their struggles--take us beyond sentimentality and into a form of thought that can make a difference to our lives.

Colin Dayan is Robert Penn Warren Professor of the Humanities and professor of law at Vanderbilt University. She is the author of The Law Is a White Dog: How Legal Rituals Make and Unmake Persons, The Story of Cruel and Unusual, and Haiti, History, and the Gods. She has also written for the New York Times, London Review of Books, and Boston Review.
Loading...
or support indie stores by buying on