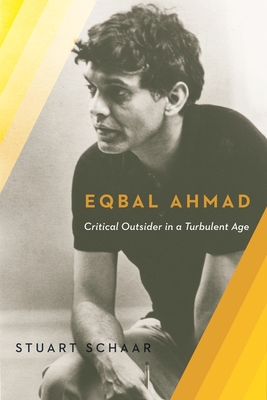 Eqbal Ahmad (1930?-1999) was a bold and original activist, journalist, and theorist who brought uncommon perspective to the rise of militant Islam, the conflict in Kashmir, the involvement of the United States in Vietnam, and the geopolitics of the Cold War. A long-time friend and intellectual collaborator of Ahmad, Stuart Schaar presents in this book previously unseen materials by and about his colleague, having traveled through the United States, India, Pakistan, western Europe, and North Africa to connect Ahmad's experiences to the major currents of modern history. Ahmad was the first to recognize that former ally Osama bin Laden would turn against the United States. He anticipated the rapidly shifting loyalties of terrorists and understood that overthrowing Saddam Hussein would provoke violence and sectarian strife in Iraq. Ahmad had great compassion for the victims of the proxy wars waged by the leading Cold War powers, and he frequently championed unpopular causes, such as the need to extend the rights of Palestinians and protect Bosnians and Kosovars in a disintegrating Yugoslavia. Toward the end of his life, Ahmad worked tirelessly to broker a peace between India and Pakistan and to prevent the spread of nuclear weapons throughout the subcontinent. As novel and necessary as ever, Ahmad's remarkable vision is here preserved and extended to reveal the extent to which he was involved in the political and historical conflicts of his time.

Stuart Schaar is professor emeritus of Middle East and North African history at Brooklyn College, CUNY. His most recent publication is The Birth of the Arab Citizen and the Changing of the Middle East. He lives in Rabat, Morocco.
Loading...
or support indie stores by buying on