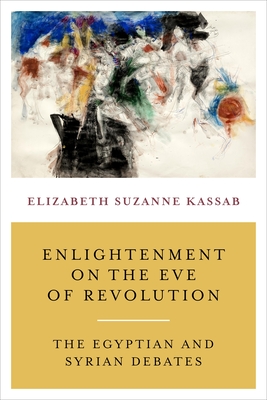 During the two decades that preceded the 2011 revolutions in Egypt and Syria, animated debates took place in Cairo and Damascus on political and social goals for the future. Egyptian and Syrian intellectuals argued over the meaning of tanwir, Arabic for "enlightenment," and its significance for contemporary politics. They took up questions of human dignity, liberty, reason, tolerance, civil society, democracy, and violence. In Enlightenment on the Eve of Revolution, Elizabeth Suzanne Kassab offers a groundbreaking analysis of the tanwir debates and their import for the 2011 uprisings.

Kassab locates these debates in their local context as well as in broader contemporary political and intellectual Arab history. She argues that the enlightenment they advocated was a form of political humanism that demanded the right of free and public use of reason. By calling for the restoration of human dignity and seeking a moral compass in the wake of the destruction wrought by brutal regimes, they understood tanwir as a humanist ideal. Kassab connects their debates to the Arab uprisings, arguing that their demands bear a striking resemblance to what was voiced on the streets of Egypt and Syria in 2011. Enlightenment on the Eve of Revolution is the first book to document these debates for the Anglophone audience and to analyze their importance for contemporary Egyptian and Syrian intellectual life and politics.