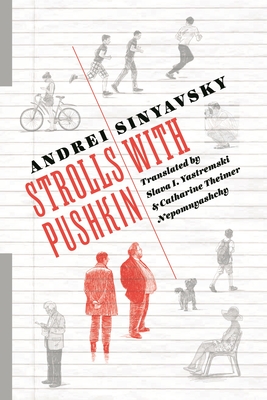 Andrei Sinyavsky wrote Strolls with Pushkin while confined to Dubrovlag, a Soviet labor camp, smuggling the pages out a few at a time to his wife. His irreverent portrait of Pushkin outraged migr's and Soviet scholars alike, yet his "disrespect" was meant only to rescue Pushkin from the stifling cult of personality that had risen up around him. Anglophone readers who question the longstanding adoration for Pushkin felt by generations of Russians will enjoy tagging along on Sinyavsky's strolls with the great poet, discussing his life, fiction, and famously untranslatable poems. This new edition of Strolls with Pushkin also includes a later essay Sinyavsky wrote on the artist, "Journey to the River Black.