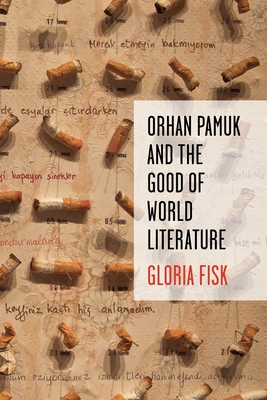 When Orhan Pamuk won the Nobel Prize for Literature in 2006, he was honored as a builder of bridges across a dangerous chasm. By rendering his Turkish characters and settings familiar where they would otherwise seem troublingly foreign, and by speaking freely against his authoritarian state, he demonstrated a variety of literary greatness that testified also to the good literature can do in the world. Gloria Fisk challenges this standard for canonization as "world literature" by showing how poorly it applies to Pamuk. Reading the Turkish novelist as a case study in the ways Western readers expand their reach, Fisk traces the terms of his engagement with a literary market dominated by the tastes of its Anglophone publics, who received him as a balm for their anxieties about Islamic terrorism and the stratifications of global capitalism. Fisk reads Pamuk's post-9/11 novels as they circulated through this audience, as rich in cultural capital as it is far-flung, in the American English that is global capital's lingua franca. She launches a polemic against Anglophone readers' instrumental use of literature as a source of crosscultural understanding, contending that this pervasive way of reading across all manner of borders limits the globality it announces, because it serves the interests of the Western cultural and educational institutions that produce it. Orhan Pamuk and the Good of World Literature proposes a new way to think about the uneven processes of translation, circulation, and judgment that carry contemporary literature to its readers, wherever they live.

Gloria Fisk is an associate professor at Queens College, CUNY. Her work has been published in New Literary History, n+1, and The American Reader, among other places.
or
Buy Here
Copyright © 2020 American Booksellers Association