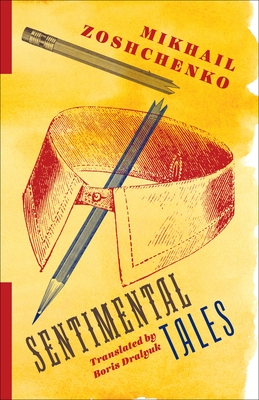 Mikhail Zoshchenko's Sentimental Tales are satirical portraits of small-town characters on the fringes of Soviet society in the first decade of Bolshevik rule. The tales are narrated by one Kolenkorov, who is anything but a model Soviet author: not only is he still attached to the era of the old regime, he is also, quite simply, not a very good writer. Shaped by Zoshchenko's masterful hands--he takes credit for editing the tales in a series of comic prefaces--Kolenkorov's prose is beautifully mangled, full of stylistic infelicities, overloaded flights of metaphor, tortured clich , and misused bureaucratese, in the tradition of Gogol. Yet beneath Kolenkorov's intrusive narration and sublime blathering, the stories are genuinely moving. They tell tales of unrequited love and amorous misadventures among down-on-their-luck musicians, provincial damsels, aspiring poets, and liberal aristocrats hopelessly out of place in the new Russia, against a backdrop of overcrowded apartments, scheming, and daydreaming. Zoshchenko's deadpan style and sly ventriloquy mask a biting critique of Soviet life--and perhaps life in general. An original perspective on Soviet society in the 1920s and simply uproariously funny, Sentimental Tales at last shows Anglophone readers why Zoshchenko is considered among the greatest humorists of the Soviet era.

Mikhail Zoshchenko (1894-1958) was a leading Soviet satirist. His stories of the 1920s made him enormously popular with readers. In 1946 he was expelled from the Soviet Writers' Union. He never recovered from this trauma and died of heart failure in 1958. Boris Dralyuk is the editor of 1917: Stories and Poems from the Russian Revolution (2016) and coeditor of The Penguin Book of Russian Poetry (2015).
or
Buy Here
Copyright © 2020 American Booksellers Association