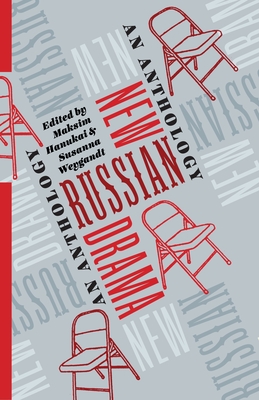 New Russian Drama took shape at the turn of the new millennium--a time of turbulent social change in Russia and the former Soviet republics. Emerging from small playwriting festivals, provincial theaters, and converted basements, it evolved into a major artistic movement that startled audiences with hypernaturalistic portrayals of sex and violence, daring use of non-normative language, and thrilling experiments with genre and form. The movement's commitment to investigating contemporary reality helped revitalize Russian theater. It also provoked confrontations with traditionalists in society and places of power, making theater once again Russia's most politicized art form. This anthology offers an introduction to New Russian Drama through plays that illustrate the versatility and global relevance of this exciting movement. Many of them address pressing social issues, such as ethnic tensions and political disillusionment; others engage with Russia's rich cultural legacy by reimagining traditional genres and canons. Among them are a family drama about Anton Chekhov, a modern production play in which factory workers compose haiku, and a satirical verse play about the treatment of migrant workers, as well a documentary play about a terrorist school siege and a postdramatic "text" that is only two sentences long. Both politically and aesthetically uncompromising, they chart new paths for performance in the twenty-first century. Acquainting English-language readers with these vital works, New Russian Drama challenges us to reflect on the status and mission of the theater.