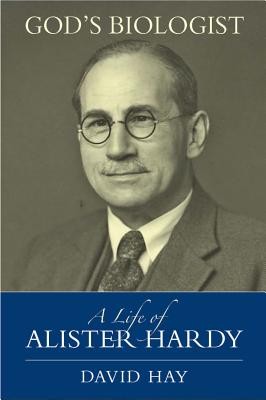 A Life of Alister Hardy

‘Have you ever been aware of, or influenced by a presence or a power, whether you call it God or not, that is different from your everyday self?’ Alister Hardy was the Head of the Department of Zoology and Comparative Anatomy in Oxford University from 1946 to 1961 and arguably the best known marine biologist in the world. Yet he was a man who lived an extraordinary double life. At one level, as a zoologist and steadfast Darwinian he was an eminent representative of the scientific revolution that transformed European thought following the Enlightenment. At another deeper level – which for much of the time he felt it necessary to conceal from his colleagues and even his own children – the course of Hardy’s life was determined by his intense religious commitment. His entire scientific career was dramatically shaped by his conviction that he was fulfilling a religious vocation he had taken up when he was a young man of eighteen. His integrity would not permit him to discard either science or religion, and the outcome was the creation of a revolutionary approach to the resolution of that celebrated conflict. In this remarkable biography, David Hay shows how Hardy struggled towards, and successfully created, his novel response to the inevitable tensions between the scientific and religious dimensions of his life. As the founder of the Religious Experience Research Unit, he created a huge bank of personal testimony, drawn from the answers of ordinary people to the question posed above. These thoughts of a highly gifted scientist on the nature and importance of the spiritual dimension of human experience are of the greatest relevance to current debates about the validity of religion in a secular age.

David Hay trained as a zoologist and worked for several years at the Religious Experience Research Unit founded by Sir Alister Hardy, taking over as Director in 1985. He currently holds an Honorary Senior Research Fellowship in the Dept of Divinity and Religious Studies in the University of Aberdeen, Scotland. He is the author, with Rebecca Nye, of The Spirit of the Child (Zondervan 1998), and Something There: the biology of the human spirit (DLT and Templeton 2006).
Loading...
or support indie stores by buying on