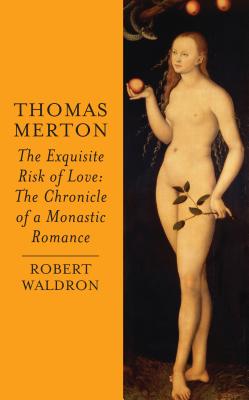 The Exquisite Risk of Love: The Chronicle of a Monastic Romance

While recuperating from an operation on his spine in a hospital in Louisville, Kentucky, Thomas Merton befriended a female nurse charged with his care. They fell in love. On returning to the Abbey of Gethsemani, where Merton had been living as a Trappist monk, their clandestine romance continued. In his journal Learning to Love and a collection of eighteen poems, Merton chronicled his relationship with ‘M.’, the gentle, kind and mysterious young woman who opened a window to his heart after his life long refusal of women. Here, for the first time, Robert Waldron explores Merton’s rich and full experience of the sacred game of love with reference to Eighteen Poems as well as Merton’s own personal account, and how it made it possible for him to attain a spiritual and psychological wholeness he had never known before. Indeed, the book wonderfully illustrates the value in daring to live for the love of another.

Robert Waldron has written extensively on the life and work of Thomas Merton. He lectures on Merton, has written for several literary and religious journals, and directs Merton retreats.
Loading...
or support indie stores by buying on