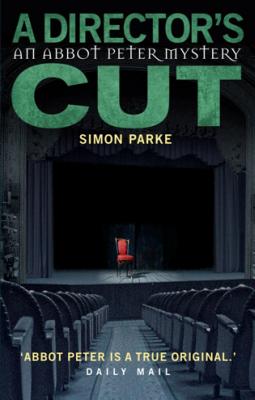 ‘On stage, the light reveals a chair, on which the lone figure of a middle-aged lady sits. Bathed in creamy light, she gazes heavenwards, mouth open in motionless wonder. Her body pushed forward and her head yanked back, simultaneously, separating the vertebrae, as the pathologist would later say. And her throat cut, a mess of blood.’ AN ABBOT PETER MYSTERY When the curtains of the Bell Theatre open for the second half of Mother’s Day, a new play commissioned for the venue’s thirtieth anniversary, the lifeless body of theatre director Hermione Bysshe-Urquhart MBE is revealed. Within the startled audience sit retired monk Abbot Peter and his guest for the evening, Detective Inspector Tamsin Shah. Tamsin and Peter undertake a new murder investigation among the cast and crew of the theatre, a struggling pro-am business operating from a converted church on the cliffs of the derelict seaside town of Stormhaven. Dark secrets from the past will be unearthed, some lying deeper than others.

Simon Parke was a scriptwriter for Spitting Image and a Sony award-winning radio writer before working for three years in a supermarket. An Oxford graduate in history, a priest in the Church of England for 20 years and former Daily Mail columnist, his previous books include two Abbot Peter Mysteries, A Vicar, Crucified and A Psychiatrist, Screams, and Pippa’s Progress: A Pilgrim’s Journey to Heaven.
Loading...
or support indie stores by buying on