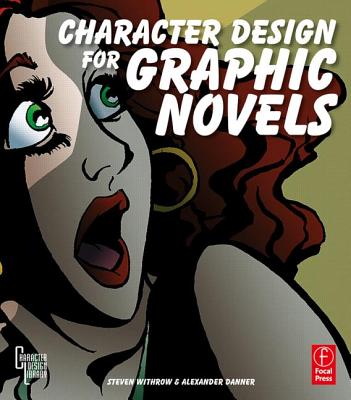 Character Design for Graphic Novels not only showcases the best in character design from the world's leading artists onscreen and on the printed page, but provides you with a hardworking guide to the process behind the evolution and development of character design, the key milestones of the art, the genre busters, and the genre definers. This stunning book offers a unique insight into the creative process, interviewing the genre's leading artists, showcasing their work, and showing how it is done so you can benefit from their expertise when creating your own graphic novel characters.Throughout the book biographies of the major artists in each field, their inspirations, their achievements, and their finest hours, are highlighted to give you the inspiration required to succeed in this competitive field. Learn how popular characters evolved from sketches, drawings, and initial inspirations, through fine-tuning, discussion, and alternative proposals, to onscreen debut and first-edition publication on the printed page. Featured artists include: Colleen Doran (Illustrator on the Neil Gaiman's - New York Times bestselling author- Sandman series), Kurt Busiek (Writer for Marvel Comics), Eddie Campbell (Illustrator of Alan Moore's acclaimed 'From Hell')and Stan Sakai (creator of the famous character Usagi the bunny).

Steven Withrow is a writer, editor, and the author of 'Toon Art: The Graphic Art of Digital Cartooning' (Watson-Guptill/Ilex Press, 2003) and, with John Barber, 'Webcomics: Tools & Techniques for Digital Cartooning' (Barron's Education Series; Ilex Press, 2005). His comics stories, poems, essays, and other works have appeared in several anthologies and online. A graduate of Emerson College and Roger Williams University, Steven lives in Rhode Island with his wife and daughter.Alexander Danner writes the ongoing comic, 'Picture Story Theatre' (illustrated by Bill Duncan), which has been published by ModernTales.com since 2004. His short comic, 'The Discovery of Spoons, ' (illustrated by John Barber) received a Web Cartoonist's Choice Award in 2005, and was later featured prominently in a New York Times article on the burgeoning art of webcomics. In addition to serving on the editorial advisory board of 'The Webcomics Examiner', Alexander also writes for 'Comixpedia', where he recently began a monthly column about writing webcomics. Alexander received his master's degree in writing, literature, and publishing from Emerson College. His comics and other writings can be found through the website TwentySevenLetters.com. Alex is based in the USA.
Loading...
or
Not Currently Available for Direct Purchase