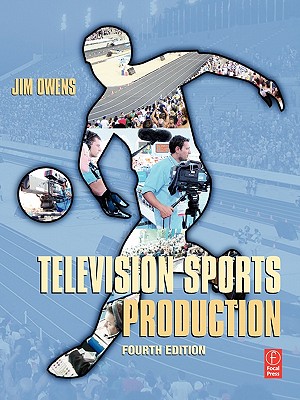 Television sports production is difficult, and producing a remote sports event is arguably the most complicated to orchestrate. Many factors can adversely affect your production, including weather, lighting, and natural sound. A successful production is dependent on extensive planning, from budgets, technology and location to the intricacies of the sport itself. With so much at stake, why not learn from the experts? Learn television sports production from the ISB, producers of the Olympics, who rely on the very same guide to train their own production staff. "Television Sports Production" walks you through the planning, set-up, directing, announcing, and editing involved with producing an event. Detailed descriptions of mobile units/OB vans, cameras, audio equipment and lighting requirements enable you to produce live or taped coverage of sporting events like an expert. You'll learn about the special considerations involved with producing various types of sports--from camera placement in figure skating to where to put the microphone during a tennis match.Whether producing a local high school football game, the Super Bowl, or something as complex as the Olympics, this book will give you an inside look at how a remote production operates and the role of each participant.

Jim Owens has worked and taught in the video and television industry for over 30 years. He has worked on local, regional and national productions. Owens' international television work has included eleven Olympic broadcasts and has taken him to over twenty-five countries. He is the author of the Video Production Handbook, Television Production, and Television Sports Production (all published by Focal Press), and has had over thirty articles published in television and broadcast magazines in the United States and Europe. Owens is Dean of the School of Communication Arts at Asbury University in Wilmore, Kentucky, where he has taught since 1981.
Loading...
or
Not Currently Available for Direct Purchase