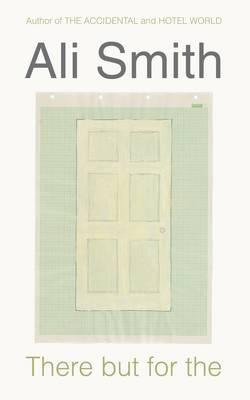 There But for the

There but for the is the sparkling satirical novel by bestselling Ali Smith 'There once was a man who, one night between the main course and the sweet at a dinner party, went upstairs and locked himself in one of the bedrooms of the house of the people who were giving the dinner party . . .' As time passes by and the consequences of this stranger's actions ripple outwards, touching the owners, the guests, the neighbours and the whole country, so Ali Smith draws us into a beautiful, strange place where everyone is so much more than they at first appear. There but for the was hailed as one of the best books of 2011 by Jeanette Winterson, A.S. Byatt, Patrick Ness, Sebastian Barry, Boyd Tonkin, Erica Wagner and Nick Barley. 'Dazzlingly inventive' A.S. Byatt 'Whimsically devastating. Playful, humorous, serious, profoundly clever and profoundly affecting' Guardian 'A real gem' Erica Wagner, The Times 'Eccentric, adventurous, intoxicating, dazzling. This is a novel with serious ambitions that remains huge fun to read' Literary Review 'If you liked Smith's earlier fiction, you will know that she enjoys setting up a situation before chucking in a literary Molotov cocktail then describing what happens' Sunday Express 'Wonderful, word-playful, compelling' Jeanette Winterson 'Smith can make anything happen, which is why she is one of our most exciting writers today' Daily Telegraph 'I take my hat off to Ali Smith. Her writing lifts the soul' Evening Standard.