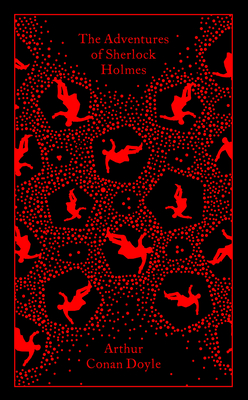 A collection of the most famous cases faced by Sir Arthur Conan Doyle's peerless creation, now in a beautiful hardcover edition designed by Coralie Bickford-Smith

This collection of The Adventures of Sherlock Holmes and the Memoirs of Sherlock Holmes includes many of the famous cases - and great strokes of brilliance - that made the legendary detective one of fiction's most popular creations. With his devoted amanuensis Dr Watson, Holmes emerges from his smoke-filled room in Baker Street to grapple with the forces of treachery, intrigue and evil in such cases as 'The Speckled Band', in which a terrified woman begs their help in solving the mystery surrounding her sister's death, or 'A Scandal in Bohemia', which portrays a European king blackmailed by his mistress. In 'Silver Blaze' the pair investigate the disappearance of a racehorse and the violent murder of its trainer, while in 'The Final Problem' Holmes at last comes face to face with his nemesis, the diabolical Professor Moriarty - 'the Napoleon of crime'.

Praise For The Adventures of Sherlock Holmes (Penguin Clothbound Classics)…

Arthur Conan Doyle (1859-1930) was born in Edinburgh and took a degree in medicine at Edinburgh University before becoming a doctor in Southsea. He began writing detective stories to supplement his income and A Study in Scarlet (1887) introduced his finest creation, the hawk-eyed detective, Sherlock Holmes.

Iain Pears is the best-selling author of six detective novels, including An Instance of the Finger Post.

Ed Glinert is a journalist and writer.
Loading...
or support indie stores by buying on
(This book is on backorder)