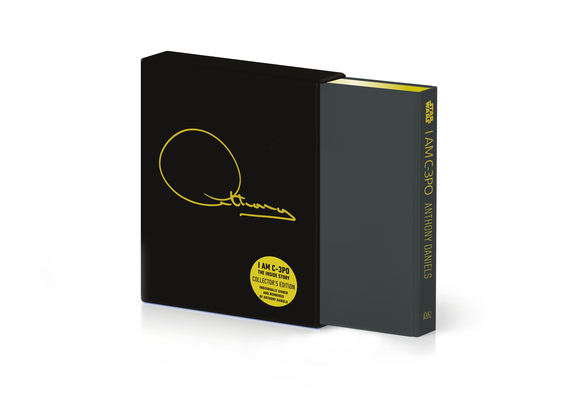 The Inside Story (Signed Collector's Edition): Foreword by J.J. Abrams

"The odds of me ever writing a book were approximately... Oh, never mind. My golden companion worries about such things - I don't. I have indeed now written a book - telling my story, in my voice, not his - recognising that our voices and our stories are inextricably intertwined."

When Star Wars burst on to the big screen in 1977, an unfailingly polite golden droid called C-3PO captured imaginations around the globe. But C-3PO wasn't an amazing display of animatronics with a unique and unforgettable voiceover. Inside the metal costume was an actor named Anthony Daniels.

With a foreword by J.J. Abrams and never-before-seen photography, this book is a nostalgic look back at the Skywalker saga as it comes to a close. I Am C-3PO: The Inside Story reveals Anthony Daniels' vulnerability, how he established his role and what he accomplished, and takes readers on a journey that just happens to start in a galaxy far, far away.

Anthony Daniels has appeared in more Star Wars movies than any other actor (10 of the 11 so far released or currently in production). In addition, as one of the first actors to become involved in the production of the original Star Wars in 1975, Daniels has a unique perspective on the creation of the entire Star Wars saga, spanning 40 years of incredible movie-making magic.
or
Not Currently Available for Direct Purchase
Copyright © 2020 American Booksellers Association