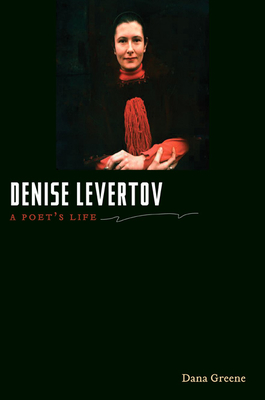 Kenneth Rexroth called Denise Levertov (1923–1997) "the most subtly skillful poet of her generation, the most profound, . . . and the most moving." Author of twenty-four volumes of poetry, four books of essays, and several translations, Levertov became a lauded and honored poet. Born in England, she published her first book of poems at age twenty-three, but it was not until she married and came to the United States in 1948 that she found her poetic voice, helped by the likes of William Carlos Williams, Robert Duncan, and Robert Creeley. Shortly before her death in 1997, the woman who claimed no country as home was nominated to be America's poet laureate.

Levertov was the quintessential romantic. She wanted to live vividly, intensely, passionately, and on a grand scale. She wanted the persistence of Cézanne and the depth and generosity of Rilke. Once she acclimated herself to America, the dreamy lyric poetry of her early years gave way to the joy and wonder of ordinary life. By the late 1960s and early 1970s, however, her poems began to engage the issues of her times. Vehement and strident, her poetry of protest was both acclaimed and criticized. The end of both the Vietnam War and her marriage left her mentally fatigued and emotionally fragile, but gradually, over the span of a decade, she emerged with new energy. The crystalline and luminous poetry of her last years stands as final witness to a lifetime of searching for the mystery embedded in life itself. Through all the vagaries of life and art, her response was that of a "primary wonder." In this illuminating biography, Dana Greene examines Levertov's interviews, essays, and self-revelatory poetry to discern the conflict and torment she both endured and created in her attempts to deal with her own psyche, her relationships with family, friends, lovers, colleagues, and the times in which she lived. Denise Levertov: A Poet's Life is the first complete biography of Levertov, a woman who claimed she did not want a biography, insisting that it was her work that she hoped would endure. And yet she confessed that her poetry in its various forms--lyric, political, natural, and religious--derived from her life experience. Although a substantial body of criticism has established Levertov as a major poet of the later twentieth century, this volume represents the first attempt to set her poetry within the framework of her often tumultuous life.

"Aptly titled A Poet's Life, this biography gives due attention to Levertov's work and the woman who wrote it."--Washington Times

"This absorbing book is must reading for lovers of American literature, particularly by women, and contemporary poetry.  Essential."--Choice

"Brings alive the writer's lifetime vocation as a 'celebrant of Mystery'. . . . Greene, who has written lives of other spiritual thinkers like Evelyn Underhill and Maisie Ward, shows from Levertov's private diaries and journals the close connection between her personal struggles, her poetic maturaltion and her spiritual transformation."--America Magazine

"Dana Greene's biography of Denise Levertov is fully informed and very readable. But what distinguishes this account is that Greene has assimilated the biographical facts and a reading of Levertov's poetry and prose into a full and rounded understanding of the course of Levertov's life and her poetic development as a pilgrimage and quest, religious in its origins. The result is an authoritative portrait of one of the central figures in American poetry of the last fifty years."--Albert Gelpi,coeditor of The Letters of Robert Duncan and Denise Levertov

"Gracefully written and eminently readable, this book provides a much-needed biography of Denise Levertov. Offering an impressive and compelling account of the crucial events of Levertov's life, Dana Greene illuminates invaluable connections between the poet's interior life and her work."--Angela Alaimo O'Donnell, author of Saint Sinatra and Other Poems

"At the heart of Dana Greene's portrait of Denise Levertov is the poet's conviction that the essential human faculty is the imagination and that the artist's life is 'one of obedience to vocation.' Considering each stage of the poet's life, Greene writes with clarity and grace of Levertov's intertwined active outer life and her contemplative, imaginative, emotional inner life. A thoughtful, sensitive, sensible reading of Levertov's life and work."--Harry Marten, author of Understanding Denise Levertov

"This impressive study is the first complete biography of [Denise Levertov]."--Library Journal

"Greene's book is filled with 20th-century poets--and Catholic spiritual leaders who peopled the church before, during and after the Second Vatican Council. To be read and savored."--National Catholic Reporter

"Greene has done us all a service with this much awaited and essential portrait of a major figure in American Literature. . . . Greene does a brilliant job of identifying this lifelong spiritual quest of Levertov as a central movement of her life, and connects these deep personal ties to family to the poems, thus revealing the life through the work and the work through the life. . . . Greene creates exactly the kind of biography that Levertov would have wanted--and we so needed."--New York Journal of Books

"Greene succeeds in showing how Levertov's poetic development was a kind of spiritual quest. . . . a complete and balanced view of the life of this major literary figure."--Today's American Catholic

"Greene's admiration for, and empathy with, Levertov is clear throughout this very readable book."--The Tablet

"Greene establishes with thorough, compassionate authority the most important facts of the life of Denise Levertov: She was a woman of her time, and a poet for all time."--The Rumpus

“[Green’s] prose is lucid and her narrative skillfully paced; her readings of the work are sound.”—London Review of Books

"A bolder, more unified interpretation of Levertov's psychological-poetic development as the growth of a major figure in American poetry. The result is a more coherent, heroic, and triumphant narrative of the life of a "quintessential romantic," which makes compelling reading."--Resources for American Literary Study

Dana Greene is Dean Emerita of Oxford College of Emory University. Her other books include Evelyn Underhill: Artist of the Infinite Life and The Living of Maisie Ward.
Loading...
or
Not Currently Available for Direct Purchase