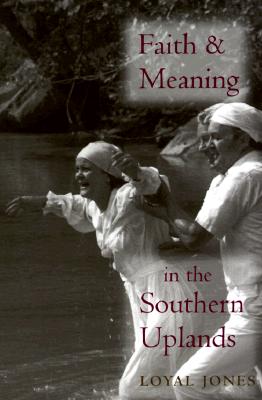 Faith and Meaning in the Southern Uplands

Never have so many missionaries been sent to save so many Christians as is the case in the Southern Uplands. The area has long been perceived by American Christians in contradictory ways: on the one hand, as an unchurched area with people who have little religion or an inadequate faith; on the other, as part of the Bible Belt, packed with small breakaway fundamentalist churches and wild-eyed believers.

In Faith and Meaning, one of Appalachian religion's most eloquent spokesmen reveals a people devoted to and thoughtful about their religion, and profoundly influenced by it. Loyal Jones's three decades of conversations and interviews, supplemented by documents such as sermons, testimonies, and articles of faith, articulate Southern Upland views on basic issues of the human condition—faith, God, the world, the Word, and the devil—as well as on community issues such as racial integration and women in the church. In their own voices these people describe their beliefs, their churches, and their lives, exposing a deep conviction tempered with humanity and humor.