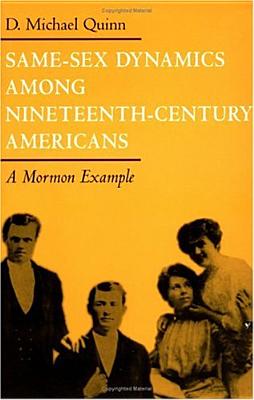 Winner of the Herbert Feis Award from the American Historical Association and named one of the best religion books of the year by Publishers Weekly, D. Michael Quinn's Same-Sex Dynamics among Nineteenth-Century Americans has elicited critical acclaim as well as controversy. Using Mormonism as a case study of the extent of early America's acceptance of same-sex intimacy, Quinn examines several examples of long-term relationships among Mormon same-sex couples and the environment in which they flourished before the onset of homophobia in the late 1950s.