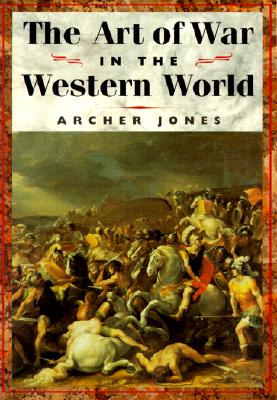 The Art of War in Western World

The magnum opus of one of America's most respected military historians, The Art of War in the Western World has earned its place as the standard work on how the three major operational components of war--tactics, logistics, and strategy--have evolved and changed over time. This monumental work encompasses 2,500 years of military history, from infantry combat in ancient Greece through the dissolution of the Roman Empire to the Thirty Years' War and from the Napoleonic campaigns through World War II, which Jones sees as the culmination of modern warfare, to the Israeli-Egyptian War of 1973.

Archer Jones has studied and taught military history for more than thirty-five years, including as Morrison Professor of History at the U.S. Army Command and General Staff College. He is the author of Elements of Military Strategy and Confederate Strategy from Shiloh to Vicksburg and coauthor of Why the South Lost the Civil War, How the North Won: A Military History of the Civil War, and Politics of Command: Factions and Ideas in Confederate Strategy.