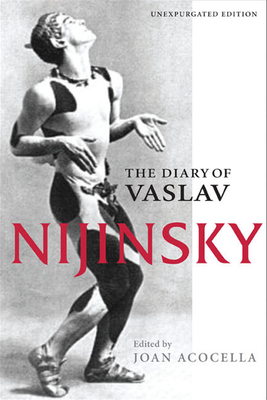 The Diary of Vaslav Nijinsky

In his prime, Vaslav Nijinsky (1889-1950) was the most celebrated man in Western ballet--a virtuoso and a dramatic dancer such as European and American audiences had never seen before. After his triumphs in such works as The Specter of the Rose and Petrouchka, he set out to make ballets of his own, and with his Afternoon of a Faun and The Rite of Spring, created within a year of each other, he became ballet's first modernist choreographer. Then, still in his twenties, he began to go mad. For six weeks in early 1919, as his tie to reality was giving way, Nijinsky kept a diary--the only sustained daily record we have, by a major artist, of the experience of entering psychosis. In some entries he is filled with hope. He is God; he will save the world. In other entries, he falls into a black despair. He is dogged by sexual obsessions and grief over World War I. Furthermore, he is afraid that he is going insane. The diary was first published in 1936, in a version heavily bowdlerized by Nijinsky's wife. The new edition, translated by Kyril FitzLyon, is the first complete and accurate English rendering of this searing document. In her introduction, noted dance critic Joan Acocella tells Nijinsky's story and places it in the context of early European modernism.

Joan Acocella is the dance critic for The New Yorker. She is the author of Mark Morris and Creating Hysteria: Women and Multiple Personality Disorder.
Loading...
or
Not Currently Available for Direct Purchase