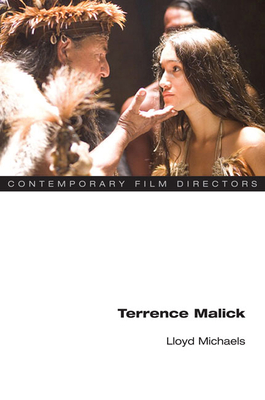 For a director who has made a limited number of feature films over four-plus decades, Terrence Malick sustains an extraordinary reputation as one of America’s most original and independent directors. Lloyd Michaels analyzes Malick’s first four features in depth, emphasizing both repetitive formal techniques such as voiceover and long lens cinematography as well as recurrent themes drawn from the director’s academic training in modern philosophy. Like Heidegger, Malick seems to regard the human experience of nature as a mystery revealed primarily through moods rather than cognition. Like Wittgenstein, he is less concerned with apprehending the world than with simply acknowledging its beingness

Michaels's critical approach explores Malick’s synthesis of the romance of mythic American experience and the aesthetics of European art film. He pays particular attention to paradigmatic moments: the billboard sequence in Badlands, the opening credits for Days of Heaven, the philosophical colloquies between Witt and Welsh in The Thin Red Line, and the epilogue of The New World. Michaels also sheds light on the two dark decades separating Days of Heaven from The Thin Red Line, when the director mostly lived as an expatriate in Paris. Two 1975 interviews with the famously elusive Malick round out the volume.

"[An] excellent introduction to Malick."--JASAT

“Lloyd Michaels provides a comprehensive introduction to this iconoclastic filmmaker’s work. Rich in insights, this book is a pleasure to read.”--Arthur Nolletti Jr., author of The Cinema of Gosho Heinosuke: Laughter through Tears

Lloyd Michaels is a professor of English at Allegheny College. Since 1977, he has edited the journal Film Criticism, and he is the author of The Phantom of the Cinema: Character in Modern Film.
Loading...
or
Not Currently Available for Direct Purchase