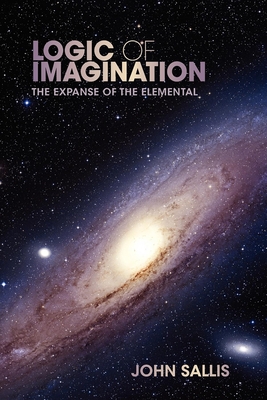 The Expanse of the Elemental (Studies in Continental Thought)

The Shakespearean image of a tempest and its aftermath forms the beginning as well as a major guiding thread of Logic of Imagination. Moving beyond the horizons of his earlier work, Force of Imagination, John Sallis sets out to unsettle the traditional conception of logic, to mark its limits, and, beyond these limits, to launch another, exorbitant logic--a logic of imagination. Drawing on a vast range of sources, including Plato, Aristotle, Kant, Hegel, Nietzsche, and Freud, as well as developments in modern logic and modern mathematics, Sallis shows how a logic of imagination can disclose the most elemental dimensions of nature and of human existence and how, through dialogue with contemporary astrophysics, it can reopen the project of a philosophical cosmology.

John Sallis is Frederick J. Adelmann Professor of Philosophy at Boston College. He is author of Force of Imagination (IUP, 2000), On Translation (IUP, 2002), and Topographies (IUP, 2006).
or
Buy Here
Copyright © 2020 American Booksellers Association