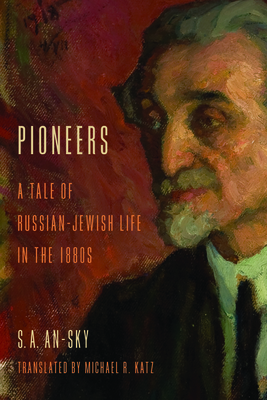 S. A. An-sky's novel dramatizes the dilemmas of Jewish young people in late Tsarist Russia as they strive to throw off their traditional religious upbringing to adopt a secular and modern identity. The action unfolds in the town of M. in the Pale of Settlement, where an engaging cast of characters wrestles with cultural and social issues. Their exploits culminate in helping a young Jewish woman evade an arranged marriage and a young Russian woman leave home so she can pursue her studies at a European university. This startling novel reveals the tensions and triumphs of coming of age in a revolutionary time.

S. A. An-sky, pseudonym of Shloyme-Zanvl Rapoport (1863-1920), was a Russian Jewish writer, ethnographer, and cultural and political activist. He is best known today for his play The Dybbuk. Michael R. Katz is C. V. Starr Professor Emeritus of Russian and East European Studies at Middlebury College. He is author of Dreams and the Unconscious in Nineteenth-Century Russian Fiction and is translator of a dozen Russian novels, including works by Turgenev, Tolstoy, and Dostoevsky.
or support indie stores by buying on
Copyright © 2020 American Booksellers Association