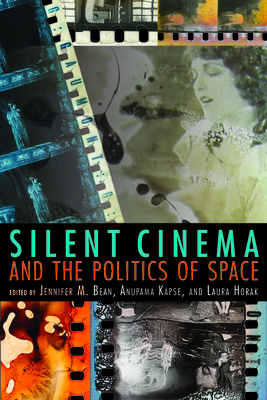 In this cross-cultural history of narrative cinema and media from the 1910s to the 1930s, leading and emergent scholars explore the transnational crossings and exchanges that occurred in early cinema between the two world wars. Drawing on film archives from around the world, this volume advances the premise that silent cinema freely crossed national borders and linguistic thresholds in ways that became far less possible after the emergence of sound. These essays address important questions about the uneven forces-geographic, economic, political, psychological, textual, and experiential-that underscore a non-linear approach to film history. The "messiness" of film history, as demonstrated here, opens a new realm of inquiry into unexpected political, social, and aesthetic crossings of silent cinema.

Jennifer M. Bean is Director of Cinema and Media Studies and Associate Chair of Comparative Literature at the University of Washington. She is co-editor of Flickers of Desire: Movie Stars of the 1910s.Anupama Kapse is Assistant Professor in the Department of Media Studies, Queens College, CUNY. Her articles have appeared in Framework and Figurations in Indian Film.Laura Horak is a postdoctoral researcher in the Department of Media Studies at Stockholm University. Her writings have appeared in Camera Obscura, Cinema Journal, and Film Quarterly.
or
Buy Here
Copyright © 2020 American Booksellers Association