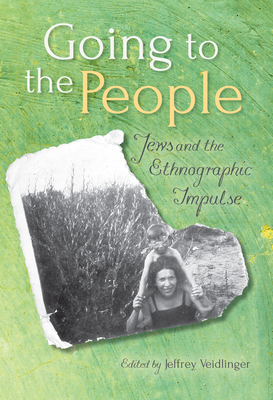 Going to the People (Hardcover)

Jews and the Ethnographic Impulse

Taking S. An-sky's expeditions to the Pale of Jewish Settlement as its point of departure, the volume explores the dynamic and many-sided nature of ethnographic knowledge and the long and complex history of the production and consumption of Jewish folk traditions. These essays by historians, anthropologists, musicologists, and folklorists showcase some of the finest research in the field. They reveal how the collection, analysis, and preservation of ethnography intersect with questions about the construction and delineation of community, the preservation of Jewishness, the meaning of belief, the significance of retrieving cultural heritage, the politics of accessing and memorializing "lost" cultures, and the problem of narration, among other topics.

Jeffrey Veidlinger is Joseph Brodsky Collegiate Professor of History and Judaic Studies at the University of Michigan. He is author of In the Shadow of the Shtetl: Small-Town Jewish Life in Soviet Ukraine (IUP), Jewish Public Culture in the Late Russian Empire (IUP), and The Moscow State Yiddish Theater: Jewish Culture on the Soviet Stage (IUP).
or
Buy Here
Copyright © 2020 American Booksellers Association