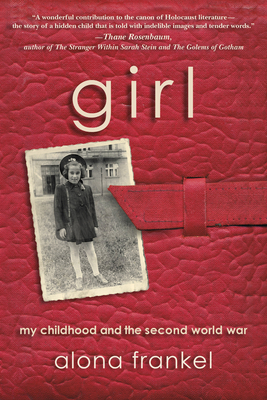 My Childhood and the Second World War

Alona Frankel was just two years old when Germany invaded Poland. After a Polish carpenter agreed to hide her parents but not her, Alona's parents desperately handed her over to a greedy woman who agreed to hide her only as long as they continued to send money. Isolated from her parents and living among pigs, horses, mice, and lice, Alona taught herself to read and drew on scraps of paper. The woman would send these drawings to Alona's parents as proof that Alona was still alive. In time, the money ran out and Alona was tossed into her parents' hiding place, at this point barely recognizing them. After Poland's liberation, Alona's mother was admitted to a terminal hospital and Alona handed over to a wealthy, arrogant family of Jewish survivors who eventually cast her off to an orphanage. Despite these daily horrors and dangers surrounding her, Alona's imagination could not be restrained. A powerful testament to the resilience of the human spirit, Girl is the story of a young girl's self-preservation through a horrible war and its aftermath. Faithful to the perspective of the heroine herself, Frankel, now a world renowned children's author and illustrator, reveals a little girl full of life in a terrible, evil world.

Alona Frankel was born in Krakow, Poland, in June of 1937. After surviving World War II, she immigrated to Israel in 1949. Alona has written and illustrated over 50 children's books, including the international best seller Once Upon a Potty. Her books have won numerous prizes, including several Parents' Choice awards.
or
Buy Here
Copyright © 2020 American Booksellers Association