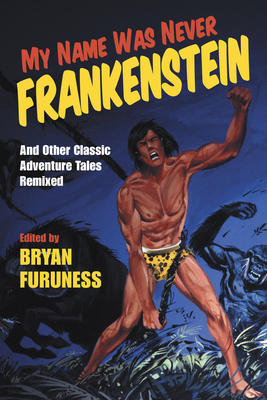 My Name Was Never Frankenstein (Paperback)

And Other Classic Adventure Tales Remixed

You know the names and the stories, but you've never seen them like this before

My Name Was Never Frankenstein: And Other Classic Adventure Tales Reanimated brings your favorite characters back to life in new and exciting escapades. In this inventive collection, a stellar cast of writers uses classic adventure tales as a launch pad for an eclectic mix of prequels, alternate universes, spin-offs, and total reboots. Imagine Ahab is shipwrecked on an island of cannibals, or Mr. Hyde tells his side of the story, or the scarecrow from Oz struggles with the mystery of his existence. By turns wry and haunting, My Name Was Never Frankenstein upends old territory and classic characters to reclaim them for a new generation.