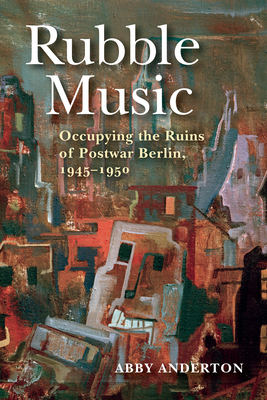 As the seat of Hitler's government, Berlin was the most frequently targeted city in Germany for Allied bombing campaigns during World War II. Air raids shelled celebrated monuments, left homes uninhabitable, and reduced much of the city to nothing but rubble. After the war's end, this apocalyptic landscape captured the imagination of artists, filmmakers, and writers, who used the ruins to engage with themes of alienation, disillusionment, and moral ambiguity. In Rubble Music, Abby Anderton explores the classical music culture of postwar Berlin, analyzing archival documents, period sources, and musical scores to identify the sound of civilian suffering after urban catastrophe. Anderton reveals how rubble functioned as a literal, figurative, psychological, and sonic element by examining the resonances of trauma heard in the German musical repertoire after 1945. With detailed explorations of reconstituted orchestral ensembles, opera companies, and radio stations, as well as analyses of performances and compositions that were beyond the reach of the Allied occupiers, Anderton demonstrates how German musicians worked through, cleared away, or built over the debris and devastation of the war.