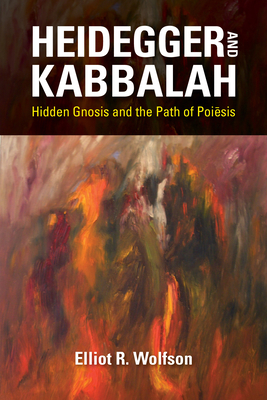 While many scholars have noted Martin Heidegger's indebtedness to Christian mystical sources, as well as his affinity with Taoism and Buddhism, Elliot R. Wolfson expands connections between Heidegger's thought and kabbalistic material. By arguing that the Jewish esoteric tradition impacted Heidegger, Wolfson presents an alternative way of understanding the history of Western philosophy. Wolfson's comparison between Heidegger and kabbalah sheds light on key concepts such as hermeneutics, temporality, language, and being and nothingness, while yielding surprising reflections on their common philosophical ground. Given Heidegger's involvement with National Socialism and his use of antisemitic language, these innovative readings are all the more remarkable for their juxtaposition of incongruent fields of discourse. Wolfson's entanglement with Heidegger and kabbalah not only enhances understandings of both but, more profoundly, serves as an ethical corrective to their respective ethnocentrism and essentialism. Wolfson masterfully illustrates the redemptive capacity of thought to illuminate common ground in seemingly disparate philosophical traditions.

Elliot R. Wolfson is the Marsha and Jay Glazer Endowed Chair in Jewish Studies at the University of California, Santa Barbara. He is author of many books including, most recently, Giving Beyond the Gift: Apophasis and Overcoming Theomania and The Duplicity of Philosophy's Shadow: Heidegger, Nazism, and the Jewish Other.
or support indie stores by buying on
Copyright © 2020 American Booksellers Association