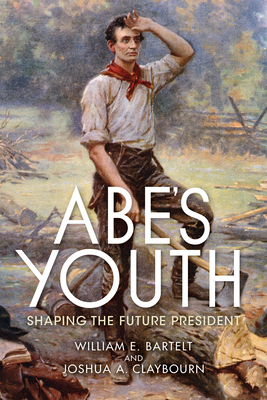 Since his death, Abraham Lincoln has been celebrated as savior of the Union, proponent for emancipation, president of the United States, and skilled statesman. Although Lincoln's adult life has been well documented and analyzed, most biographers have regarded his early years as inconsequential to his career and accomplishments.

In 1920 a group of historians known as the Lincoln Inquiry were determined to give Lincoln's formative years their due. Abe's Youth takes a look into their writings, which focus on Lincoln's life between 7 and 21 years of age. By filling in the gaps on Lincoln's childhood, these authors shed light on how his experiences growing up influenced the man he became. As the first fully annotated edition of the Lincoln Inquiry papers, Abe's Youth offers indispensable reading for anyone hoping to learn about Lincoln's early life.

William E. Bill Bartelt is a Lincoln historian and author of There I Grew Up: Remembering Abraham Lincoln's Indiana Youth and other books. For many years Bartelt worked as a ranger and historian at the Lincoln Boyhood National Memorial. He is a board member of the Abraham Lincoln Association and the Indiana Historical Society, and received the Indiana Historical Society's Hoosier Historian award in 2003. Joshua A. Claybourn is an attorney and author or editor of several books, including Our American Story: The Search for a Shared National Narrative. A widely published commentator on legal, political, and historical topics, Claybourn has also appeared as a guest on CNN, MSNBC, and NHK. He is a board member of the Abraham Lincoln Association.
Loading...
or support indie stores by buying on